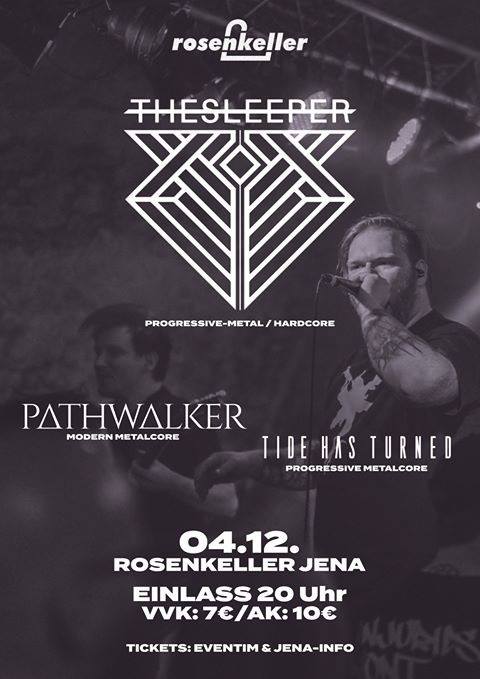 Leider Abgesagt!!!! THE SLEEPER’s band history started back in 2010 as drummer Richard Petzl and former Narziss singer Steven Jost founded the band in Leipzig, Germany. In the first months, the band concentrated on their fascination for melodic Metalcore. As they had to change their line up in 2012 for the first time at the [...]